In-between the limits fixed by the available resources and the physical susceptibility of the geosphere, Physical Sciences have to play a part in building our common future , together with other sciences, as we focused during the first session of the school [Science & Energy 1: the solar resource ]. During the second session of the school we considered the Sustainable Energy challenge taken up on a world-wide basis, giving rise to very diverse energy scenarios [Science & Energy 2: Science for Energy Scenarios].

This third session will start with a focus on the so-called EROI index (Energy Return on (Energy) Invested) of energy systems. Case studies point to the various perimeters that can be considered when calculating the Energy Invested. Besides, societies use a mix of energy sources having different EROIs indices, and the ways these sources contribute to a societal EROI will be addressed.

A second part of the session will be devoted to a number of key-factors entering the calculation of EROIs : availability of resources, capacity of energy storage, structure and efficiency of energy grids. As an example, renewable energies have a high potential, but capturing, converting, storing and distributing these energies require important amounts of mineral resources. The associated amount of primary energy needed has to be evaluated. Besides entropy limits, technical, social and economical limits which make our use of scarce metals highly dispersive. These constraints have to be taken into account when designing future energy scenarios.

A third part will be concerned with economic modeling incorporating biophysical constraints, such as energy availability and entropy production. Various recent approaches aiming at generating models with an intrinsic dynamics will be discussed.

The third edition of this workshop at the École de Physique des Houches aims at exposing and exploring the potential contributions of Physics to the energy challenge. Numerous roads of ongoing research will cross and cross-fertilize in the program, profiting a second objective of the workshop: design the knowledge basis for young physicists and engineers who will implement the energy transition. This vast scientific program cannot and will not be exhausted in a one week seminar. On the contrary, the workshop Energy Scenarios: Which Research in Physics? is only the third one in an expected longer series. 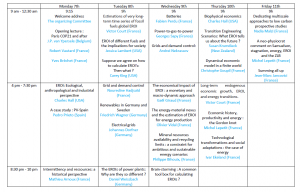 1- Opening Lecture: Paris COP21 and after

4- Intermittency and ressources: a historical perspective

6- EROI of different fuels and the implications for society

7- Suppose we agree on how to calculate EROI’s: Then what ?

9- Renewables in Germany and Sweden

11- The EROIs of power plants: why are they so different?

15- The economical impact of EROI: a monetary and macro-dynamic approach

17- Minerals availability and recycling limits: a constraint for ambitious and sustainable energy scenarios

19- Transition engineering scenarios: what EROI tells us about the future?

22- Technological transformations and social adaptations: the case of energy

24- A neo-physiocrat comment on Samuelson, stagnation, energy, EROI and the ZLB 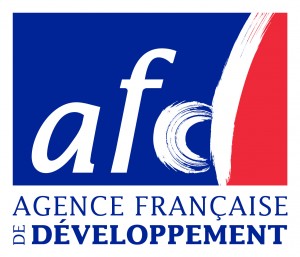 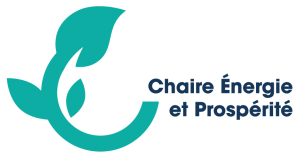 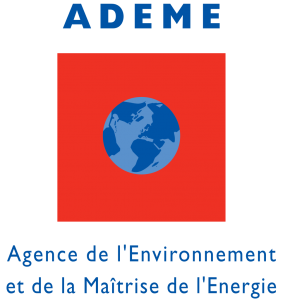 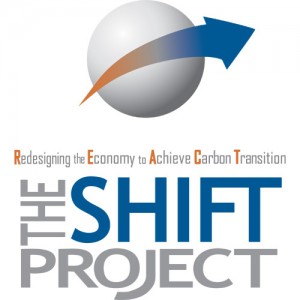